When Job Title Data are Standardized, Everyone Wins

People change jobs all the time. It’s become expected, especially nowadays in the wake of the Great Resignation wave. But what’s also become the norm, unfortunately, is handing out different job titles for similar work, sometimes in an effort to keep employees from leaving. The issue with this? It makes doing analysis on issues like employee turnover and pay inequity difficult, leading to a murky view of a company’s workforce.

Job titles are among the most inconsistent attributes found in people datasets. Effective people analytics means understanding how a company’s past and current employees relate to one another and how their duties, compensation, behaviors and more have changed over time. To make this possible, people doing the same role must share the same title, at least for analytical purposes—in particular, if machine learning or artificial intelligence analytics tools are used.

Helping companies see the truth in their data is Visier’s mission, which is why we’re introducing a job title standardization feature in our summer release!

Here, we explain the importance of job standardization, how it can benefit our users, and how we’ve tackled the challenge of standardization in this upcoming feature.

Why does data standardization matter?

Data standardization is critical if people analytics is to be undertaken in an accurate, impactful way. Without it, there’s simply no way to track metrics like retention or average tenure.

Imagine that a company’s data scientists, or product managers, were called something else two years ago, or aren’t all called the same thing today. An analytical engine, whether using machine learning or more traditional statistics, won’t understand that this new title is the same as the old title and will not be able to compare them accurately against one another.

Making job titles consistent is a job in itself

Right now, organizations looking to address the issue of standardization must bring in data analysts to manually rationalize the job titles and other attributes of their people data. This is an incredibly expensive and time-consuming process—and it’s also a temporary solution.

Even more than other data attributes, job titles tend to diverge and lose consistency over time. As they progress through organizations, individuals’ titles are tweaked and adjusted to reflect career progression, or slight shifts in responsibilities. While this isn’t a problem in the context of day-to-day work, it makes analysis nearly impossible, especially if it’s to be performed by AI. Plus, it means the costly rationalization process must be repeated again and again as job titles keep diverging from a state of consistency every few years.

Both over-specificity, and a lack of it can present problems in rationalized people data. For example, one Visier user, an organization in the healthcare space, employed thousands of nurses—with nearly as many job titles! At the other end of the spectrum, another healthcare client over-rationalized their nurses’ titles in an effort to save on cost, giving a cohort of thousands of workers with vastly different specializations a single title: “nurse.” In both scenarios, effective people analytics is impossible.

While these examples are extreme, lack of consistency in job titling is an epidemic issue. Visier’s Enterprise customers, who have a median of 11,593 employees, have a median of 1,500 job titles, and many have between 2,000 and 3,000.

How to use Visier to standardize jobs

For AI-powered people analytics to deliver a return on investment and help companies reach their goals, a happy medium of standardization must be found—one that can realistically be applied across an organization’s entire dataset, and ideally, across the entire workforce as a whole.

Consistency in employee data, across many organizations, unlocks two things. First of all, it makes it much easier to compare similar groups, to understand trends in a single organization in context. It also allows for much more efficient training of AI models, by combining the employee data of an organization together with a much larger dataset outside of the organization.

Visier’s new initiative is key to this. The feature will both standardize job titles in Visier Community Data (a virtual data collection across Visier customers that exceeds 10 million employee records), and apply job title standardization to data that our customers import into the application from various sources, such as their ATS or HCM.

This gives you the ability to not only better understand your people, but to draw comparisons between your workforce and the industry as a whole. Visier applied some new innovations to realize our new standardization feature:

Job titles tend to lack consistency for a reason—to help give peoples’ time at their company a sense of progression, and describe their work with a specificity that humans appreciate, even if artificial intelligence can’t. For that reason, Visier applies standardized job titles as an additional enrichment to data, rather than overwriting those used in the business day-to-day.

This way, you still get the benefit of unique and descriptive names, but also the insights and predictions that AI-driven analytics makes possible. For example because every data scientist you’ve ever employed is now labeled the same way, you could track how the average tenure of people in that role has shifted over the last ten years— without altering the job titles your people actually use.

AI is a powerful tool for standardizing data, but for something as nuanced as job titles, it cannot be expected to do this task completely on its own. To ensure that new, standardized titles are as accurate as possible, Visier has built in a human-centric corrections workflow.

The workflow allows an actual person from your company, who has niche-specific business expertise, to review the matched standard job titles, apply their practical knowledge, and reassign any that are not sufficiently accurate. Then, the algorithm learns from the corrections, so that the standardized labeling becomes more and more accurate over time.

The question of how exactly to classify jobs in a standardized way is a large and complex one. Government-created classifications tend to be extremely general, and fall out of date quickly in a labor marketplace that’s transforming more quickly than ever before. On the other hand, attempting to create a taxonomy from scratch would be self-defeating, since the value in standardization is in being shared as widely as possible.

Because the standardizations are applied to the data of all Visier customers, it becomes much easier to draw comparisons between your company’s people, and trends in the external labor market, available through Visier benchmarks. One potential use would be to better understand employee career journeys. You’ll be able to see typical career progressions, outside of paths already been taken at your organization.

This could help you look at potential career paths for your people, but it can also be used to look backward, to identify the likeliest sources of talent—including people you already employ—when a new role needs to be filled.

Emsi also specializes in skills data, providing a prime opportunity to enrich employee data not just with standardized job titles but with the skills most commonly required for these standardized roles.

Along with each standardized job title, the new feature will include a list of the skills most commonly associated with that role. Although the included skills do not indicate whether the person in that role actually possesses them, they can certainly help you start to shift towards looking at your people in a more holistic, skill-centric way.

Standardizing jobs, and the titles we use to describe them, is a complex problem that urgently needs solving. Consistency isn’t just a good goal to strive for when working with people data—it’s a crucial ingredient for effective people analytics, and doubly so when working with AI.

When your people data is consistent and standardized, you don’t need to spend time and energy worrying about it’s accuracy. This happens automatically with Visier’s new standardization feature, so you can stop worrying about fixing your data and focus on making data-driven decisions that make life better for your company and its people. 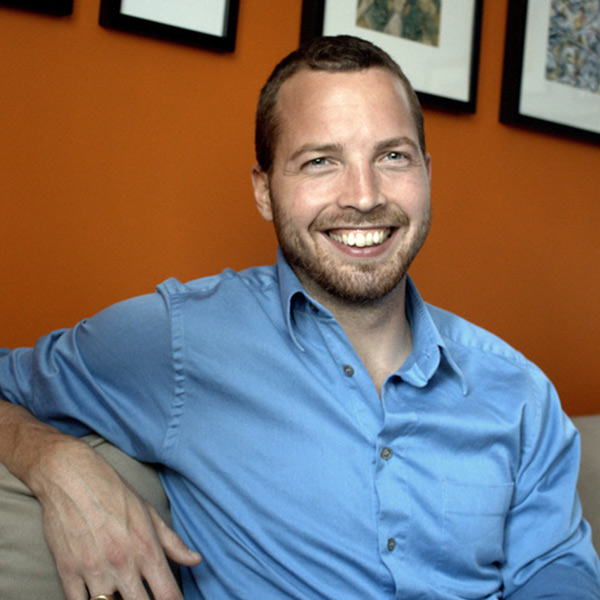 Dr. Anton Smessaert is the Head of Data Science at Visier, the leading innovator in People Analytics solutions. His responsibilities include innovation in advanced statistical techniques, technologies and products based on Visier’s unique datasets, as well as joint research programs with academic partners. Anton holds a PhD in Computational Physics and a German Physics degree with specialization in Machine Learning.

The pandemic's disruption to work is highlighted in recent data from Visier. See how work changed by job title, time period, and industry.

What does “the Great Resignation” mean and what are its causes? Read a round up of different media takes on this subject.

This week in workforce news: the newest Great Resignation trends, unequal feedback, and why you should be doing stay interviews.