Clarity /  Diversity & Inclusion /  How Canada Can Tackle the...

How Canada Can Tackle the Gender Wage Gap

Visier was founded in Vancouver, B.C., Canada and we continue to operate one of our head offices here. As such, we are pleased to share the following article on ending gender wage inequality in Canada. The authors are Emanuela Heyninck, the pay equity commissioner for Ontario, Canada, and Sarah Kaplan, a distinguished professor and director at the Institute for Gender and the Economy at the University of Toronto’s Rotman School of Management. Ms. Heyninck is one of our featured speakers at the Women in Leadership luncheon in Toronto, ON on October 18.

One important indicator of the state of gender equality is the gender wage gap, which persists in all countries despite increased attention from governments and the private sector. The gap is different for different subsets of women and occurs in every sector.

Many of Canada’s like-minded global partners and competitors have prioritized closing the gender wage gap as a way to achieve gender economic equality. These measures include laws that prohibit employers from asking about previous salaries, employer reporting on a number of equality metrics and requiring some form of pay transparency. Iceland’s recent legislation to fine companies that did not achieve wage equality is the most recent to garner global attention.

As yet, no country or jurisdiction has implemented a program that captures the full range of practices that would assure gender equality in the workplace, but Canada could be poised to set this agenda.

The gender wage gap has important impacts on the economy. In Ontario, a recent Deloitte report estimates that closing the gender wage gap could represent a 2.5% increase in Ontario’s GDP–the equivalent of the combined contribution of the automotive and auto-parts sectors.

When women’s economic contributions are undervalued, there is a loss of productivity, as women are more likely to exit the work force and society loses the benefit of their diverse perspectives as employees and decision-makers. A wage gap also increases the likelihood that women will be living in poverty, both during their work years and in retirement.

What gets lost in some of the recent commentary is that Ontario has been a leader in tackling the gender wage gap by introducing pay-equity legislation in 1987, with Quebec following in 1996.

In Prime Minister Justin Trudeau’s speech at the World Economic Forum, he outlined his government’s commitment to table pay-equity legislation in 2018. Based on the experiences of Ontario and Quebec, and on the extensive international research about the gender wage gap, this legislation should contemplate two key provisions.

First, the definition of pay equity in the law should be sufficiently comprehensive to cover both equal pay for equal work and equal pay for work of equal value. Bringing these different, but related, aspects to gender pay equality could lead to more effective and efficient administration of the law. Second, the law should provide for reporting by firms to an independent agency that is mandated with enforcing the law.

Both Ontario and Quebec have independent enforcement bodies, but only Quebec requires reporting on outcomes. A reporting requirement can identify where problems exist and will enable the agency to develop tools to assist companies in analyzing and removing the gender bias that the law seeks to address.

A reporting feature would also level the playing field for businesses in every sector, eliminating any competitive advantage for those skirting the law’s requirements. Moreover, a reporting regime actually reduces administrative burdens on business as it regularizes the process of compliance and ensures attention to emerging problems that may become problematic if left unattended.

While such legislation could be an important step toward closing the gender wage gap, research suggests a focus on pay alone will not do the trick. There are a number of business practices that prevent women from achieving economic outcomes in the workplace equal to those of men. These include, unintentionally-biased hiring practices, unequal starting salaries, differences in training and advancement opportunities, lack of career sponsorship, unequal allocation of investment resources to male and female executives and, importantly, lack of adequate childcare support.

And, in the era of #MeToo, it is clear that women’s experiences in workplaces have, for a very long time, forced them to move off of their career tracks into potentially lower-wage jobs when sexual harassment has made their work experiences too unpleasant to bear.

While businesses are responsible for making the necessary changes to their workplaces to address these inequalities, governments can create the necessary conditions to support these changes by establishing an effective regulatory framework and providing access to statistical, diagnostic and assistive resources.

Tangible progress can be made if support is offered to employers to diagnose which of their practices contribute to generating a wage gap, to set benchmarks for improvement and to report on outcomes on a regular basis. Many of these initiatives have already been introduced in countries such as Germany, Britain, Switzerland and Australia.

Canada has an opportunity to advance its existing commitment to gender economic equality by enacting robust pay-equity laws and by engaging with the business community in addressing other practices that can create a welcoming work environment for people of all genders.

A version of this article originally appeared in the Globe and Mail.

Emanuela Heyninck | View posts by Emanuela
Emanuela Heyninck is head of the Pay Equity Commission for Ontario, an independent agency of the Ministry of Labour. The Commission enforces the Ontario Pay Equity Act, which aims to redress systemic gender discriminatory compensation practices. In her capacity as Commission head, Ms. Heyninck regularly speaks on women and work issues at the local, provincial and international level. She was part of the Canadian delegation to the United Nations Committee on the Status of Women sessions held in March in New York for several years and receives delegations from various countries seeking to learn from the experiences of the Commission. In April of 2015, Ms. Heyninck was one of four individuals appointed by the Ontario government to the Gender Wage Gap Strategy Steering Committee. The Committee conducted research and held public consultations to seek solutions to close the gender wage gap in Ontario. The Committee’s recommendations were submitted to the Minister of Labour in May of 2016. Since 2010, Ms. Heyninck has also served as a part-time adjudicator for the Health Professions and Health Services Appeal and Review Boards. Ms. Heyninck is immediate Past President of the Society of Adjudicators and Regulators and has served on many of SOAR’s committees and on the Board of Director and Executive. She is a member of several Advisory Councils, including Conestoga College and the University of Western Ontario Student Law Clinic and is a mentor at Brescia College. Before her appointment she practiced civil, family, and administrative law in London, ON for 25 years. She holds an Hon. B.A. in Italian and French from McMaster University and a Bachelor of Laws from the University of Windsor.

3 Ways to Free Up Budget to Reinvest in Your Workforce 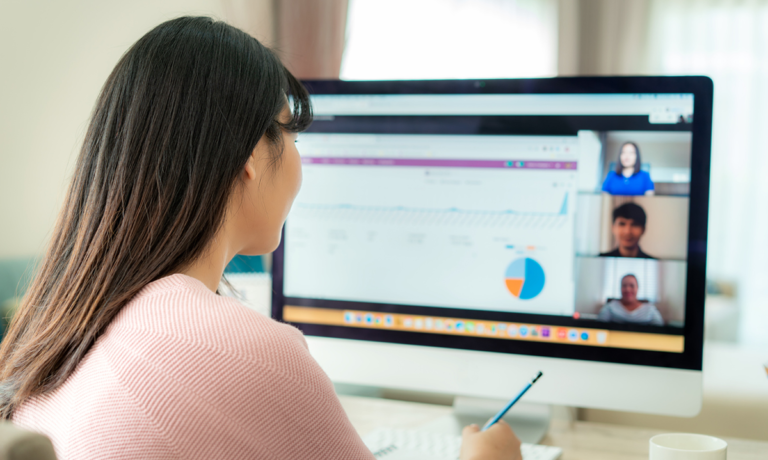