People Are Your Greatest Resource? SEC Says Prove It

Most companies today—especially during what is being called the “great resignation” would likely tell you that one of their most valuable assets is their employee base—the people who work for them. And yet, despite the fact that so many companies espouse this sentiment, how often does the head HR professional in the organization sit at the senior leadership table or participate in board meetings on a regular basis? How often are “people reports” given the same priority as “financial reports?”

And, even if people reports were prioritized as an important part of an organization’s dashboard measures, what exactly would be reported? Historically, there really has been no actual metric that attempts to objectively define the actual value of these human resources.

The Securities and Exchange Commission (SEC) made an attempt to rectify this situation when it adopted final amendments under Regulation S-K in August 2020. The implications of this move were to force companies listed on US Exchanges or doing business with the federal government to indicate whether they viewed human capital as (a) material to their operations, and (b) if so, to quantify that value. Since the disclosures are part of companies’ annual 10-K filings, some companies didn’t have to file the 10-Ks and make these disclosures until late 2021.

The results have been somewhat dismal.

Harvard Law found that 17 of the first 100 organizations that have filed made no statement about their people. In addition, a review of the first 100 SEC 10K filings after the 2020 mandate went into effect showed that more than half (57%) provided no HCM-related metrics. Other metrics were primarily DEI related.

The data begs the question: What sanctions, if any, will there be for companies that fail to include these HCM-related metrics in their disclosures?

But there have been challenges to these disclosure rules, most specifically to the newer requirement from Nasdaq, approved by the SEC in 2021, that companies listed on its exchange “satisfy minimum targets for gender and ethnic diversity on their boards” or explain why they can’t. Board-level diversity should be a fairly straightforward metric to measure. That rule, however, has been challenged by Republican attorneys general in some states.

Still, there does seem to be growing support from various quarters for some type of human capital reporting.

According to Harvard Law: “Under the moniker of ESG [which stands for “environmental, social, and governance], investors are demanding increased visibility into human capital management. The most vocal calls have been for the publication of diversity data. However, some investor groups advocate more comprehensive ESG disclosure.”

In fact, HLSFCG reports that: “Large institutional investors have been at the forefront of the trend in their communication, voting guidelines and stewardship principles.” BlackRock and CALstrs were two of the large investment organizations that pushed for this change.

In an era marked by increasing social unrest, political activism and polarization, and a growing focus on DEI, especially among younger demographics, these standards are increasingly being used by “socially conscious investors…to screen potential investments,” according to Investopedia.

The question remains, though: How, exactly, would human capital metrics be measured? So far, there are no agreed-upon answers or standards.

SEC’s rule on human capital disclosure doesn’t include a definition of “human capital” or a list of required measures to disclose. According to PwC: “The principles-based approach (1) reflects an expectation that disclosures will be tailored to a company’s own business or industry using management’s judgment and (2) allows for the disclosures to evolve in response to changes in a company’s environment.”

PwC also points to some resources that companies may find helpful in determining their own human capital metrics including, PwC’s own Saratoga benchmarking tool and Morgan Stanley Capital International’s frameworks. Still, the ability to provide investors, and others, with meaningful metrics by which to evaluate whether to invest in—or go to work for—a company based on their human capital reputation remains elusive.

Some companies are further ahead than others.

Companies already focused on the emerging area of people analytics are already making inroads into an area of increasing focus and interest that is likely to have meaningful implications for their organizations.

Back in 2020 we said that: “People analytics is a NOW priority.” That’s even more true today as organizations are feeling the pinch of the “great resignation.” Quantifying that pinch in real terms through meaningful people analytics can help them maximize the value of their human resources, supporting the notion that these people resources really are their greatest asset. 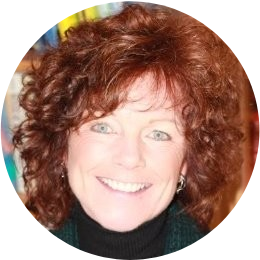 About the author: Linda Pophal

Linda Pophal, MA, PCM, SPHR, SHRM-SCP is the founder and owner of Strategic Communications, LLC, and a marketing and communication strategist with expertise in HR and employee relations. With a background as a business journalist, her writing has appeared in the HR Daily Advisor, Human Resource Executive, and SHRM. She is a lecturer at the University of Wisconsin - Eau Claire.