Could Pay Bumps Slow the Great Resignation? For Some Employees: Yes

Many organizations only think of salaries and wages as a cost. A large cost. Especially when your organization is like Providence, a large healthcare group on the west coast of the U.S. that employs almost 120,000 caregivers. And organizations usually want to keep costs as low as possible to protect their bottom line. In 2020, Gary Russo, Executive Director of Workforce Intelligence at Providence, conducted an analysis to determine if raising pay could actually save his organization money.

This counterintuitive idea hinges on the costs of attrition. Most people agree that higher pay reduces attrition: pay your staff more and they want to stay working for you. Right? But attrition can be complicated, and giving out equal-sized pay bumps to everyone is an expensive gamble. Just as one medicine can’t cure every disease, not everyone is going to equally respond to pay. For some people, a raise isn’t what matters most to get them to stay.

The secret is in a correct diagnosis. To learn how to effectively “pay to stay,” Gary turned to people analytics to learn where raising pay can yield a positive return on investment. We are excited to share Providence’s story.

Where retention is sensitive to pay

Gary’s background in academic research science taught him that looking at a whole population is a great way to miss important differences within it. To succeed, he expected he would have to find specific pockets within the organization where retention rates were so sensitive to pay that the cost of paying everyone more would be offset by the retention of a few. “For the pay-to-stay analysis, Visier helped us fail fast,” he says. Because Gary and his team had loaded core HR data into Visier already, they could quickly look at turnover rates across different pay bands and groups. Being able to see differences emerge provided confidence that pursing the story further could be worthwhile.

“I could add a filter and check some areas we know, for other anecdotal reasons, are likely pay-driven. For example, for people making closer to minimum wage, a thousand dollar pay boost can be a life-changing amount. Could we systematically try to pick out different parts of our organization and find out where pay was a primary motivator? Our initial results in Visier helped justify a deeper investigation.”

Gary focused on data about when people were hired, what part of the pay range they were in, and whether they exited within two years. By comparing the turnover behavior of different groups at different rates of pay, he found evidence not only that it was possible to improve retention by paying more but also which groups might respond best and by how much. Gary’s team was able to identify cohorts where the organization could expect to break even by increasing wages to offset turnover costs—and in some cases, they’d even save money.

He found smaller hotspots, not broad populations, which is an important lesson for most organizations. Gary noted that many of the factors most important to identifying a hotspot were related to the local job market. Performing analysis by geography and type of job was essential, as was the market competitiveness of the pay grade.

In their case, they found ancillary roles critical to quality and direct patient care were more likely to benefit from the pay to stay analysis.

Gary then turned his attention from analysis to action. When he brought the findings to the compensation team and senior leadership, they weren’t surprised by the list. “Our CHROs already felt there was something going on there. We analyzed turnover that had already happened, after all, and rumors travel fast.” Gary explained that his leaders needed data to demonstrate the value added by increasing pay, which this analysis provided. This initial analysis also generated more demand for this level of insight, which Gary continues to refine.

One way Providence acted fast was to communicate the value of placing caregivers in existing pay grades strategically to create higher satisfaction. Longer term, this analysis also helped inform market evaluations performed by the Compensation team. It provided another type of evidence that could support raising the pay minimum or adjusting the midpoint of jobs. Gary shared a promising outcome he has seen: the number of caregivers being paid below the job midpoint has reduced considerably, improving retention from day one.

“Pay to Stay” can help other organizations improve their retention strategy

Every time a company hires a new employee, it affirms the value of that position. On average, the value of an employee’s work is two or three times their pay. For roles directly tied to revenue generation, such as a surgical nurse or a sales lead, the value of work generated by an employee can skyrocket to eight hundred percent of pay or more. For his “Pay to Stay” study, Gary used conservative estimates and still calculated a net savings of $6 million a year even after accounting for higher wages. For a non-profit that operates on a thin margin, this means millions of dollars going directly towards better patient care. It also directly improves the financial security and satisfaction of Providence’s caregivers. This is a win-win that Gary calls “the gold standard of people analytics outcomes.”

Among ten great ideas to improve retention, compensation should be one of them. There are real opportunities to optimize the use of pay grades and make initial offers that create lasting retention benefits. Following the “Pay to Stay” project, there are fewer and fewer groups that stand out as being especially sensitive to pay, meaning Providence is now able to direct its attention to other causes of attrition.

This project’s success further validates people analytics as a valuable way to test hypotheses and find root causes of costly problems. Pay to stay has become one tool in a growing toolbox. Gary’s team is now looking at more specific levers, such as sign-on bonuses and retention bonuses. Eventually he hopes to develop these specialty analytics into tools that will allow others in the organization to test ideas and find faster, better solutions to their workforce challenges. People analytics is a journey, and Gary believes he is only starting to scratch the surface of the value it can provide to Providence and the communities they serve. 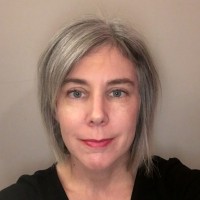 An update on the resignation data Visier used to predict the Great Resignation that we first detected early in 2021.