AI Sophistication Doesn’t Cause Ethical Issues–Level of Influence Does

Ethical concerns have always been at the forefront of the AI field. Artificial intelligence has the power to trigger deep-seated public fear, especially as it becomes more and more sophisticated. These anxieties are understandable—a world ruled by robots is a frightening vision, which is perhaps why it’s been so well-explored in science fiction.

But the truth is that AI doesn’t need to be advanced to cause harm. Rather, it’s how AI systems are used—how much influence they have over people’s lives—that should give rise to ethical quandaries. There is no significant relationship between a system’s sophistication and whether it has the potential for negative impact.

Here are some examples of roles AI can play in our personal and professional lives, at varying degrees of material influence and sophistication:

Sophisticated, but not influential

First, let’s consider AI within a household appliance—in this case, a dryer. This machine uses fuzzy logic and multiple sensors to determine the state of a clothing load and predict an appropriate drying time. While drying clothes may seem like a simple task, this is a sophisticated device that uses, at minimum, an exhaust temperature sensor, a load moisture sensor, and a timer. The dryer then uses many-valued (or fuzzy) logic to compute a likely drying time dependent on variables including different fabrics, load blends and masses. This is an advanced system, but most would agree that it has little influence over anyone’s life unless you felt some annoyance on realizing your t-shirts weren’t yet dry.

Another commonplace application of AI is in video games. This is the most sophisticated AI many of us are likely to interact with. Decades of research and development have gone into these systems, which have been trained on a very high volume of data. But like the fuzzy logic dryer, the system’s power bears no relation to its potential for harm—beyond a possible risk of gaming addiction, few people would fear this AI.

Next, consider a small, mobile robot programmed through reinforcement learning. This robot is only moderately sophisticated, with the capacity to explore a space and gain a range of motions through small bits of binary feedback. The robot’s potential for harm is small—it’s trained in a closed space where it can’t damage anything, and it’s only three feet high. Without these safeguards, the robot could probably cause harm, but because these risks were accounted for, it’s much more likely to delight and entertain humans than have any kind of negative impact on their lives.

Now, let’s examine a simplistic, even crude AI. This AI automatically generates a report on an individual accused or convicted of a crime. At trial, it’s used to help judges determine bail or sentencing. Using the person’s demographic details and some further classifications, this report assigns a score that indicates the individual’s potential for recidivism—how likely the AI thinks they are to reoffend.

Despite its lack of sophistication, this unsettling example stands in sharp contrast to the others. This is an application of AI that could shape the outcome of a person’s life. This score could be the determining factor in whether the accused spends months or years behind bars, or walks away with the chance to start fresh. The system is not advanced or powerful, but its material influence is huge.

Why context matters for establishing influence

As these examples reveal, it’s not the sophistication of an AI system that should give rise to ethical concerns. Rather, what matters is the people around the system, and what they are using it to accomplish. The report on recidivism was not generated by a powerful AI, but it’s used by a system with great power—the courts.

A similar spectrum can be found in AI’s applications to Human Resources. For example, consider an AI-driven chatbot, perhaps meant to help staff navigate their company’s website or employee portal. This AI has little potential for harm.

However, an AI-driven filter to sort and prioritize job applications may have the power to prevent your resume from even being seen by another person. This system could eliminate your chance at being hired based on arbitrary factors like British rather than American spelling, or the exclusion of certain terms. As above, it’s not the sophistication of the AI that gives it influence, but how it’s being used.

The complexities of AI and human interaction

AI often functions as an augmentation and extension of human intelligence. While this has both benefits and risks, it becomes problematic when the AI both has a high level of material influence, and was trained on data with existing biases.

In a particularly well-known case, Amazon created an AI-based recruitment tool that was revealed to penalize female applicants, even demoting resumes based on phrases like “women’s chess club.”

Because of existing issues with gender equality in the tech field, the past hiring data the AI was trained on showed a lower success rate for female applicants. After detecting the issue, and failing to fix it, Amazon retired this system completely.

In this situation, artificial intelligence exacerbated—and risked embedding—existing unconscious human biases. In this situation, artificial intelligence picked up on—and ended up replicating—existing unconscious human biases. Without careful monitoring for bias, AI is a harmful, rather than helpful, presence in these high-influence situations.

Keeping humans in the loop

The above examples are fairly clear-cut, but in practice, it’s not always easy to assess if a system has the potential for negative impact. At least at this phase of AI’s maturity, it tends to work best as a complement to human intelligence.

That’s why keeping people in the loop to monitor and account for bias is the safest way to minimize potential for harm—even if it’s not immediately apparent what that harm could be. Bias can be corrected for, and once humans are conscious of their biases, they can account for them fairly well.

In order to improve output and performance by truly augmenting human capability, AI systems must be sensitive to the needs of the people using them. For those working in the artificial intelligence sector, that means listening to those who will be using all newly created AI. What are their priorities? How can the AI adapt to them?

What companies are looking for in AI systems can vary widely, and should be thoroughly understood by the AI scientists and professionals who are working with them.

Understanding user priorities comes down to listening. Here are some questions that can help you assess what a business needs from their AI.

Be guided by these concerns at every step of the process. Choose the tool and model that will best suit the client’s needs, not the one you prefer or are most familiar with.

The greater the system’s potential influence, the more monitoring and safeguards will be required to minimize the risk of negative impact.

While this article has focused on AI’s potential negative implications, the takeaway should be that these systems are only as powerful as the situations in which they are used.

Rather than fearing AI in general, we should be wary of the amount of influence given to AI systems. These concerns are especially relevant within people analytics, where everyday decisions shape the trajectories of peoples’ careers and, ultimately, their lives.

As we envision the future of this field, we should work towards symbiosis between humans and AI systems. After all, human intelligence is not without its own flaws and biases. Instead, maybe human and artificial intelligence can strengthen and benefit each other. 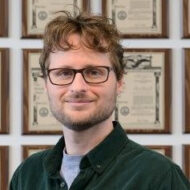 Miles's passion for data and enabling analytics brought him to Visier. This was a change for him as he previously practiced intellectual property law, as a patent agent, in startups and multinational public companies in areas like machine learning, robotics, wearable technology, and quantum computing. Miles hikes, skis, and bikes occasionally, poorly, and slowly.

If you work in retail HR, now is the time to start thinking more analytically about reskilling retail workers and the training programs that you offer.

HR as a “Prediction Machine”

The impact of AI will likely hinge on dilemmas that are not widely recognized today. Dr. John Boudreau shares how HR leaders can articulate and solve them.