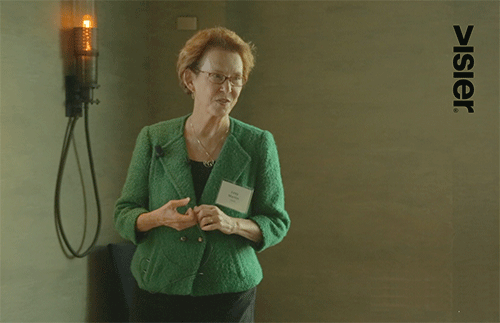 As a 72-year old Tech sector employee, I am a rare breed. And, even though I am past the average age of retirement, I love my work and am particularly sensitive to the idea that someone could lose the opportunity to work, simply because of their age.

In our recent Visier Insights: Ageism in Tech report, we identified a new finding that made me, as an older worker, feel a sense of contentment: older workers are actually more valued in Tech. During the Tech Sage Age — from age 40 onwards — non-managers in Tech are increasingly likely to receive a Top Performer rating as they age, mature, and gain experience.

However, we also found that systemic ageism (whether intentional or not) is occurring in hiring practices: when compared to Non-tech industries, Tech is hiring a higher proportion of younger workers and a smaller proportion of older workers.

Certainly, many Tech professionals over age 50 (and even a number over age 40) believe ageism exists because of their own personal difficulties finding work later in their careers. Take Bob Scrum, a friend of a friend, who was laid off by both HP and Sun:

“Last year, after 40 years in the Tech industry, I found myself unable to get a job.  Faced with in-your-face ageism, I decided to go in two new directions.”

He’s now volunteering with an early childhood development organization and is on a path to open a craft brewery and taproom in Sunnyvale, California.

Indeed, there have been numerous class-action lawsuits about ageism against HP and other Silicon Valley giants. Enough that it behooves organizations to use people analytics to understand whether there is any merit to allegations of ageism or — better yet — get ahead of potential ageist actions before they happen.

Older Workers Have a New Attitude

On the positive side, we are seeing a new attitude both of workers and of hiring organizations towards older workers. Workers are planning to work longer both for financial need and because they like their work. For organizations, they need to cast their hiring nets wider to gain the skills and expertise they need in a time of a seller’s talent market, and they need to work to retain the skills and expertise of their existing older workforce for the same reason.

I was chatting to a friend in her early sixties, who is an executive at Oracle. She has many friends who report on the difficulty of finding work. From her perspective, “ageism is rampant – just look at reports from AARP.” (AARP “is the nation’s largest nonprofit, nonpartisan organization dedicated to empowering Americans 50 and older to choose how they live as they age.”)

Well, I did, and she was right. However, there is a silver lining. While AARP reported that last year the EEOC received 20,857 charges of age discrimination, making up more than 1 in 5 of the discrimination charges they received, AARP also shared research that, contrary to stereotypes, workers 50 and older are amongst the most engaged of the workforce, and offer employers lower turnover rates and greater levels of experience.

Let’s take my employer Visier as an example. Visier is a technology company and has an average age similar to others in the industry (late 30s). But the company also has a wealth of older workers — including me, a septuagenarian. And, on surveying them, I can confidently say they do not suffer from ageism. Rather, Visier values older workers and, in some departments, an over 40s crowd is the norm.

In Sales, for instance, Account Executives are hired for their experience in the latest technologies, proven track record, connections in a territory and industry, and their credibility with our customers. They have the ability to speak with and garner respect from C-suite buyers. As our Chief Revenue Officer Steve Bamberger puts it, “As a startup, it is important to hire people who can hit the ground running. Not to say this doesn’t come with younger hires too — one of our top Account Execs is under 40 — but I’ve learned that there is incredible value gained through work and life experience.”

Self-sufficiency is key especially in a start-up. Steve adds, “older workers have a history of making their jobs work for themselves and their companies – they are not job hoppers, something harder to see in the under 30 hires, who are starting out their careers and still figuring out what they want to be and where they want to work.”

Another example is our Marketing organization, where around half the team is over 40. Experience, again, is the reason for hiring older workers. Josie Sutcliffe, VP of Marketing, says, “it’s great to have a mix of experience levels — people who can bring their lessons learned and past successes to the table, and mentor and coach the team members who are earlier on in their careers. This holds true for people who are in management and individual contributor roles — you don’t need someone to report to you to be able to coach and support him or her, and to strive for greater excellence together.”

In Visier’s Solutions team, a group that is almost completely over age 40, older workers are hired for their past experience, their diversity of experiences in multiple companies, and , again, their ability to speak credibly with C-level buyers. Susan McGovern, VP, Solutions, reports, “a twenty something solutions consultant just doesn’t have the experience to really know what ‘good’ looks like in some situations.”

The Development team at Visier is a group that is younger, consisting of many interns and junior hires. And Visier prides itself on having a healthy University intern / co-op program that leads to many students returning to the company as a full-time employee on graduation. When an older worker is hired in Development, again it’s for the experience, as well as for balancing junior developers and providing coaching and mentoring. Ju Wu, Chief Development Officer, says, “our older team members have done some things tens to hundreds of times and we benefit from that experience.”

Age and experience are positively correlated, but age doesn’t necessarily give you something you can’t get with younger workers. It’s just that an organization is far more likely to find experience among older workers. That experience contributes to why older workers are valued at Visier. Dave Weisbeck, Chief Strategy Officer, says he hires older workers for, “experience, not even wisdom which is too nebulous, or skills, as they can be learned. You can’t teach experience. People gain it over time.”

What Do Older Workers See Themselves Bringing to the Organization?

I talked to a number of our over 40-, 50-, and 60-year old employees and found that they too see themselves adding value to Visier by bringing a depth and breadth of domain experience to the table. Some of that domain experience meant that they could hit the ground running when they joined the company, and even develop the processes and support approaches needed in an emerging growth organization, based on both past experience and the understanding of the agility needed. They love being in this fast-paced environment.  There is an inherent piece of advice here that you really have to be willing to work at the pace desirable in a Tech start-up.

Several also talked of the importance of having a culture fit, which to them meant an alignment with the vision and a buy in to the business strategy and management’s approach to execution. In a start-up, this is particularly critical. Several also spoke of their value as having made “people mistakes” before and the value of being able to provide their learnings.

Older Workers Are Staying in the Workforce Longer and Loving It

I “retired” from full-time work two years ago at 70. For the first year, I did some consulting, learned some new skills outside my normal work, and did lots of family stuff. But, I always knew I would continue to work and after my year’s sabbatical joined Visier on a part-time basis to continue doing research, something I love to do.

My husband is a cognitive scientist who does brain research on contract to NIH on the effects of chemo on the brain. His partners in this work are in their 70s as well. Another of his colleagues is an astrophysicist teaching at Stanford, as he approaches 80. A best friend forever now in her early 70s, after years as a school counselor and retiring at 65, set up a marriage and family practice shingle and continues to see 20 clients a week. Many others in our circle of friends either do paid work or do substantive volunteer work, using skills and experience along with their passion for the focus of their work or volunteering. All of us, continue to use our experience.  I think what we hold in common, further, is that passion for contributing wholeheartedly. And, we are not alone. We are living longer, we’re healthier, and we’re fully engaged.

Closing Thoughts: A bit of advice for the older worker

As the Visier Insights: Ageism in Tech report has advice for employers, let me close this blog with advice for older workers, some from my personal experience and some from Chip Conley in his presentation at Wisdom 2.0, titled the Modern Elder:

You might as well embrace aging. And, you might as well work to disrupt ageism and stereotypes of older workers. But, whatever you do, make sure you are involved in something that you are passionate about. If you hate your work, do something else. Find your passion.

It’s sometimes awkward working with younger workers, so just listen with empathy and contribute in whatever way you know possible. Chip Conley suggests you “trade digital intelligence from the younger workers for your emotional intelligence.” I’m not sure I agree with this as I’ve encountered many younger than me who have emotional intelligence and, every once in awhile, I teach my grandchildren a digital trick. Learning should never, never end. And, according to Chip Conley, “intern publicly and mentor privately.” He concludes the video with what the “modern elder” needs to be doing – serving and learning, interning and mentoring, being a student and a sage. If we do this, maybe that’s why as the Visier Insights report suggests, this is the “Tech Sage Age.” 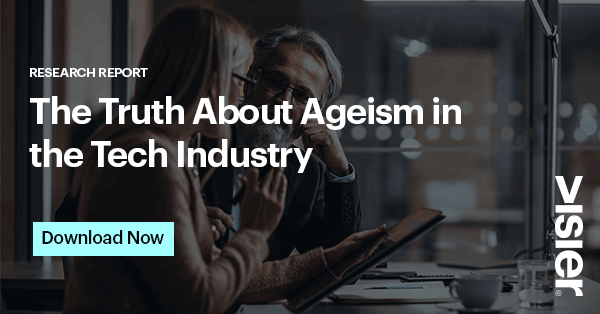 About the author: Lexy Martin

Lexy Martin is a respected thought leader on HR technology adoption and value achieved. Known as the originator of the Sierra-Cedar HR Systems Survey, she now works at Visier with customers to support them in their HR transformation to become data-driven organizations. Lexy is Principal, Research and Customer Value at Visier.

Experience and maturity are more valued in tech. We call this the “Tech Sage Age.” Here are four common tech ageism myths we debunked with the data.
TRENDS

HR Tech facilitates the research and meaningful conversations needed to better prepare for the future. Here some HR Tech conference 2017 sessions we...
LEADERSHIP

Here are 18 of the most-shared HR articles of 2017. Their common theme? HR that doesn’t just execute, but leads and drives meaningful change.