HR analytics storytelling is well-recognized as essential and acknowledges that “insight” is at the top of the data analytics pyramid after data becomes information. HR analytics systems even offer pre-programmed storylines with deeper analysis.

Even so, too often the story is framed with the language and perspective of HR analysts, which may not engage the audience. HR analysts can do better by using true basic storytelling tools.

How can the lessons from great stories improve your HR analytics? The classic story of the Three Little Pigs can show you. 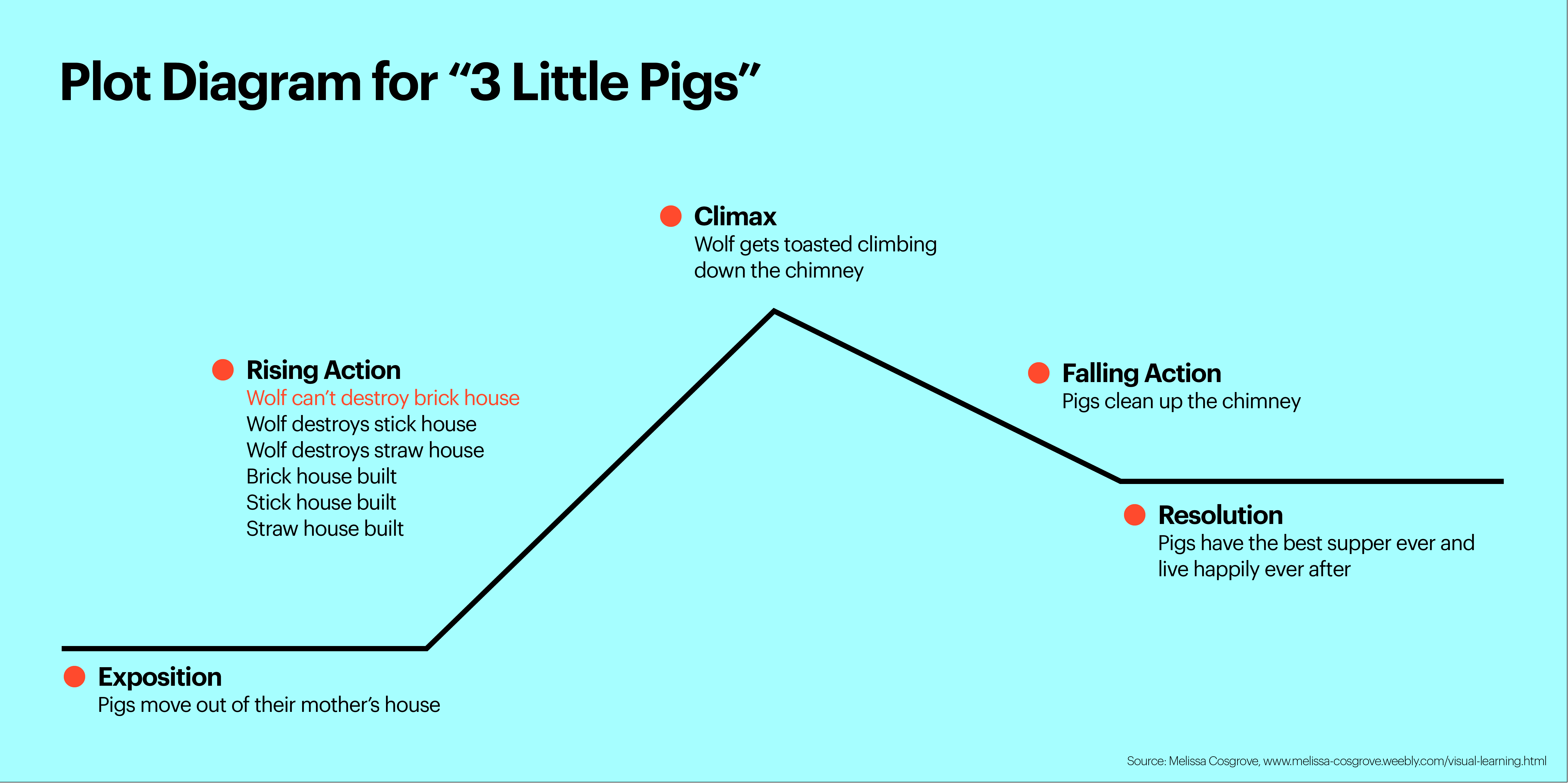 This structure originated with Aristotle, and storytelling itself.  You can use it to depict every story, movie and novel, and yes – your analytic findings.

How to Tell a Good HR Analytics Story

How might HR analysts tell a story like The Three Little Pigs? Their first instinct might be to dive quickly into deeper statistical analysis: What personality types made the pigs a good team, but the wolf a disruptive outsider? What social network analysis shows the social connections of the pigs and the wolf?  How does each pig score on a competency model, that predicts which would build a house out of different materials? What predictive analytics anticipate that the pigs would end up in the stone house, and defeat the wolf?

Yet, the most engaging story is not about analysis. It’s about actions and the lessons learned. 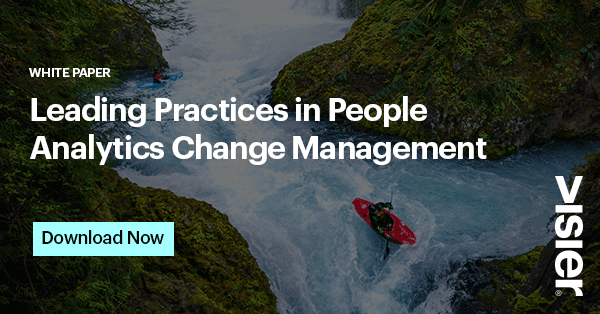 Let’s see if the classic story elements can improve your HR analytics. Here we use the example of employee turnover:

“Once upon a time three little pigs set out on their own, leaving their mother’s house to make their way in a big and dangerous forest.”

HR analysts often justify their work by describing who originally requested it and why. This may justify the analysis, but can bore the audience.

Jonathan Ferrar described the following example of a more engaging exposition, from Mark Berry, a renowned HR thought leader: “As a company, we have distinguished ourselves as the most effective organization at developing technical talent for our competitors.” This exposition demands attention by capturing context and a relevant problem.

HR analysts often depict the key conflict through the challenges they faced in doing the analysis: “We had a lot of trouble gathering up the data, but we succeeded,” or “We tried three techniques, and hierarchical regression worked better.” That may engage other analysts or the audience at the statistics conference, but not organization leaders.

A more engaging rising action uses the propositions of your leaders, pitted against your data. Here are some examples from my work with actual HR analysts:

A non-HR leader asserted, “It’s a disaster! This month my turnover rate was triple the norm. We’re losing all our best!” HR analytics showed that the spike was a one-time event. Perspective, not over- reaction, was needed.

In another organization the leaders asserted, “Our people leave because we don’t pay enough.  Give me a bigger budget.” Analysts showed that turnover was similar in units that paid above and equal to the market, and that non-monetary factors related to employee turnover. A broader view was needed, not a fixation on pay.

Climax: The Pivotal Confrontation and Outcome

“The frustrated wolf tried to get to the three pigs by climbing down the chimney, but the pigs used the sticks and straw to build a fire, and the wolf was cooked.”

Analysts often depict the climax as the “statistically significant” results, but to an audience that can be just more tables and graphs.

A better climax might show how your audience can resolve conflicts. Recall the earlier quote about “developing technical talent for our competitors.”

Your analysis might reveal the statistically significant factors related to talent joining competitors, but frame the data with stories of actual leaders who retained talent, or even attracted talent from competitors. Create heroes of your own leaders.

Falling Action: What Happens to the Heroes After the Confrontation

“The three pigs pulled the cooked wolf out of the chimney.”

Too often, HR analysts conclude their presentations by showing leaders how they can use the analysis system: “Here’s where you can access these reports so you can drill down on the data in your own unit.”  Yet, ultimate success is usually not found by simply using the system.

Perhaps a better approach is to describe actions, such as: “when you see a spike in reported employee stress, go to this website for proven evidence-based ways to reduce stress.” Or, “if a worker inquires about maternity benefits, that is a signal of a life-change that can “unfreeze” them, so here’s where you can go for evidence-based ways to re-engage them.”

Resolution:  How the World Changed for the Better

“The three little pigs had the best supper ever, and lived happily ever after together in the brick house.”

In HR analytics, the “resolution” often happens after your presentation, as your audience returns to work. Results are often not measured. When they are measured, it is presented as statistical program evaluation: “We will monitor the data and report back if they change.” Again, this focuses the resolution on the analysts, not the audience.

That’s a mistake because the achievements of your leaders are the actual culmination of your story.  A good storyteller will reveal the successes and failures, going beyond the statistical evaluation, to capture the actions, feelings, challenges, and accomplishments of your audience, who are the true heroes of the story.

The Best and Brightest Storytellers

The best analysts are not always the best storytellers, so you must reach beyond the HR boundary.  Recruit student interns or build class projects with educational programs in cinema, theater and communication. Or, find your organization’s storytellers in jobs like “usability analysts” who study how users engage with software applications. Or, sales consultants who work with doctors to translate technical specifications of drugs or medical devices into patient success. 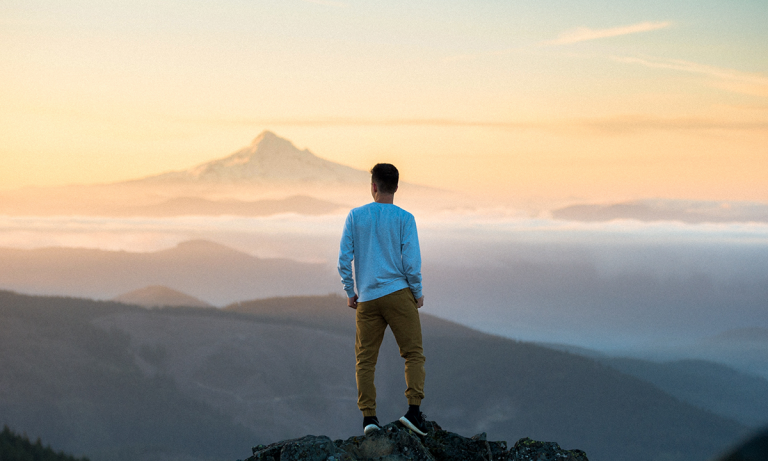 3 Mistakes To Avoid When Starting an HR Analytics Function 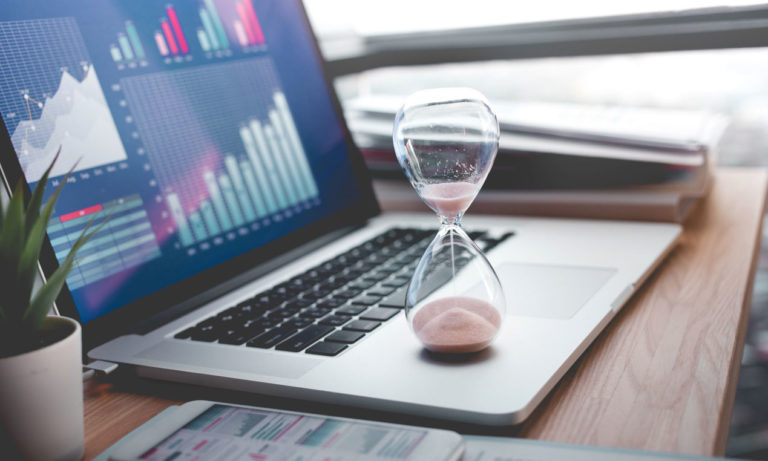 Build vs. Rent: Why Time-to-Value for People Analytics Matters 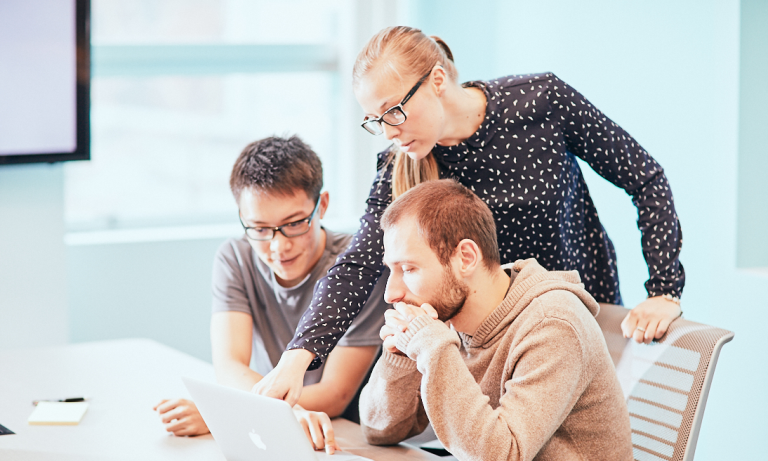 Secure the Right HR Business Partner Manager for the Future