When I think about women’s leadership, several big words come to mind–empowerment, leadership, parity–but I keep coming back to smaller words. In fact, it’s a string of two-letter words that, together, make a BIG impact: If it is to be, it is up to me.

These words have propelled me forward at every stage in my career.

My passion for advancing women in leadership was ignited by personal experiences within the financial services industry. I noticed that women were frequently subjected to various stereotypes and there were very few female role models to emulate.

For example, men were viewed as assertive–a good trait. In contrast, assertive women were viewed as being pushy and stubborn–bad traits. Or men were stern taskmasters, while women were “too difficult to work for” or that they missed the big picture and took things “too personally.” I was even told my emotions were a “liability” in the workplace and made me look weak. Can you believe that?!

If you want to be truly successful, you need to forget the old stereotypes and allow yourself to be vulnerable, especially at work. Give yourself permission to laugh, cry, get angry, and ask for help. Your vulnerability will make you more real to your supervisors, colleagues, employees, and help you connect with them at a deeper level.

My Journey to Gender Parity Advocacy

It was the biased thinking I–and many other women–endured that fueled my need to change the narrative. I needed to be a catalyst for change. I wanted to be a strong female role model.

In the male-dominated financial services industry, I knew one of the best ways to get noticed was to drive revenue, so I took a job as a wholesaler. I became the number one salesperson at the firm. This achievement helped me earn a coveted management role and ultimately positioned me to step up and become the President of Distribution for a large asset manager.

I inherited a sales team of over 200 employees–95% white men. A recent study from McKinsey shows that when there are three or more women at the top, there are better results in many organizational performance areas. Perhaps this is due to broader talent pools, improved quality of decision-making, and innovation due to diversity of thought as suggested by a McKinsey Report. I certainly saw this first-hand with my own experience in building a diverse team.

After five years of hard work, I’m proud to say that my business line was made up of 40% diverse individuals when I left–and we did not sacrifice quality one iota!

Nine years later, “If it is to be, it is up to me” motivated me again. In 2015, I joined a group of nearly 50 female business leaders, former CEOs, and academics to address the stalled advancement and pay inequity of women in corporate America.

Frustrated by the fact that women, including some of the group’s own daughters, were experiencing the same obstacles surrounding performance, promotion, and pay we experienced 20 years ago, we decided that we needed to take control. We realized that change would only finally come if we–women who held these C-Suite roles ourselves–stepped in and did something to change the paradigm.

What we discovered during our discussions was that the CEOs wanted action. They were not seeking to check another box. They wanted a plan with concrete steps to follow. Together, we defined the purpose of the Paradigm for Parity® coalition and a 5-point action plan to gender equity that could be implemented and measured in organizations.

The Paradigm for Parity® coalition’s mission is to achieve a new norm in corporate leadership, one where women and men have equal power, status, and opportunity.

We require a commitment from the very top–the CEO of each company wanting to join the coalition. Then we provide the roadmap–our five concrete steps–to close the gender gap and tools to support our committed companies.

The key to the plan’s success is to implement all five components simultaneously. As I lay out the steps you may realize that you are already doing some of these items. Fantastic! But we believe that the best results will only come from acting in all five areas at the same time in your organization.

There are number of ways to accomplish this. First, ensure job descriptions use gender-neutral language. Consider hiring a consultant to help you write more gender-neutral postings; this may increase the number of qualified women applicants.

2. Significantly increase the number of women in Senior Operating Roles

Gender parity isn’t just a good thing to do–it’s the smart thing to do. Why? You’ll improve your company’s bottom line. According to a study by the Peterson Institute For International Economics, there is a 15% increase in net revenue margin of profitable companies when there is a move from no female leaders to a 30% representation of female leaders.

Despite the indicators that gender diversity makes good business sense, there hasn’t been correlating progress to advance women in senior leadership roles. A study by Lean In & McKinsey shows that, from a pipeline perspective, the percentage of women significantly decreases as one moves up the ladder. Women included in the 2017 study represented 47% of entry-level corporate positions, but only 20% at the C-Suite level.

So, what can organizations do to advance women into senior roles? Take a top down and bottom up approach. The CEO needs to lead by example and diversify the senior team operating roles whenever possible. We believe the CEO should make full gender parity (50/50) his or her ultimate goal. A shorter-term goal could be 30% in five years for the Executive Management Group downward. Also, ensure that younger leaders are being moved across functions whenever possible.

3. Measure targets at every level and communicate progress and results regularly

Knowing where you stand is critical to knowing what progress will look like. The Paradigm for Parity® coalition helps our committed companies establish a baseline. From evaluating gender mix by role to analyzing how long someone has been in a certain role, we provide a list of ways to look at your data to identify potential obstacles for women.

Progress should be communicated regularly and throughout the company. Transparency is key to success and must come from the top. But hold leaders accountable for progress–not quotas. Instead, measure success across four critical areas: RECRUIT, RETAIN, ADVANCE, SPONSOR. Allow leaders to see how their areas compare to other parts of the company or the function they’re in, thereby creating friendly competition.

4. Base career progress on business results and performance, not on presence

Work can and should happen anywhere. To support career progress for both women and men, implement flexible working arrangements wherever possible. Consider offering employee benefits such as back-up care, paid parental leave, and child care reimbursement to ease the burden facing women and families.

5. Identify women of potential and give them sponsors, coaches, and mentors

Why? Leadership, like any skill, must be continually fine-tuned. A coach helps you achieve a specific personal or professional goal by providing training, guidance and encouragement and holds you accountable for the desired results. Mentors are someone you can trust, confide in, seek advice from, and someone that can help you learn new skills. Sponsors help you gain access to key leaders in your organization as well as networks of influence. They advocate on your behalf even when you’re not in the room.

The simplest way to distinguish between these three individuals are as follows: coaches speak to you, mentors speak with you, and sponsors speak for you.

To create a program like this, be clear on development initiative goals and match women with sponsors appropriately. For example, if the goal is to increase the number of women at senior levels, the sponsors need to be senior-level executives experienced with high potentials that have development gaps. These executives are also at the table when promotion decisions are being made.

Hold sponsors accountable for success starting at the most senior levels. Also, train leaders to understand how to sponsor versus mentor, and how to provide this support effectively.

Gender Parity Won’t Be Achieved in a Vacuum

Each of committed companies is at a different stage on the journey to gender parity.  To help companies who committed to the 5-point action plan reach their goals, we have developed a toolkit. It includes a variety of suggestions and resources to help our coalition companies create a culture of inclusivity; from creating diversity objectives for managers to using slate-based promotion process or utilizing a “plus-one” tactic.

We view the toolkit as a living document, one we continually seek to enhance and augment through the exchange of ideas and best practices of the coalition.

Since officially launching Paradigm for Parity® coalition in December of 2016, our list of committed companies has grown from just 27 to now 83, nearly triple in less than two years. Included among the coalition are wonderful partners like Salesforce, Merck, Accenture, Walmart, Bank of America, and Ingersoll Rand. A key priority in their overall diversity efforts is to make gender parity by 2030.

We need these efforts more than ever! In May 2018, Fortune Magazine reported that the number of female Fortune 500 CEOs dropped from 32 to just 24 in 2017, and now that number sits at 23 (following the resignation of Indra Nooyi, PepsiCo’s CEO).

While troubling, this statistic doesn’t deter me. It motivates me and hopefully, you as well, to be a part of the Paradigm for Parity® movement. 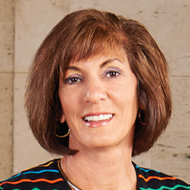 About the author: Maryann Bruce

Maryann is an experienced corporate director & former Fortune 100 division President & CEO. She has a CERT Certificate in Cybersecurity Oversight from Carnegie Mellon University and has served on audit, compensation (chair), and nominating and governance committees, and brings a wealth of practical knowledge to the boardroom. An expert in financial services, Maryann has more than 30 years of expertise as a senior operating executive in strategy, sales and marketing, new product development, and regulatory compliance. She is highly skilled at developing market-leading strategic plans supporting global brands through start-up, dramatic growth, turnaround and transformation. Maryann is known for her client centric approach, sound business judgement and executional excellence

A gender pay equity analysis is not as simple as it seems. Here's a step-by-step process by Steven Huang, Head of Diversity and Inclusion at Culture Amp.

Improving gender equity in the workplace is an issue of incredible focus and debate. Here are some actions leaders can take to promote gender equity.